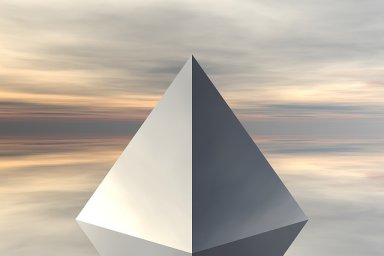 Pyramid Running Sessions are used a great deal by Momentum Sports coaches. We like them because they enable a range of distances (and potentially speeds) to be run in a single session. Here we use the term to cover any session where there is a step up or down in distance between runs, for example:

As you can see thereĺs a huge variety of ways in which these sessions can be put together and thus how they can target athletes across all events.

Our coaches will select pyramid sessions because of their speed and recovery variables ľ these when manipulated allow the session to overload the athlete in different ways on different runs. For example, rather like a 1500m runner might need in a race, where one pace is used for the first lap/laps, another in the middle, and yet another at the end.

Physiologically the levels of lactate in the athleteĺs body that accumulate during pyramid sessions can be experimented with in order to find the specific strengths and weaknesses of the athlete. One may, for example, cope well with long slower repetitions, but struggle with the short fasters ones.

Lactate is a chemical that is present in our body at all times and contributes to energy production. When its levels cannot keep up with energy production it changes its chemistry to become lactic acid and exercise will slow and become increasingly difficult.

There are two major psychological benefits of running a variety of distances in one session:

Experience has shown that it can be useful to combine pyramid sessions with a split interval session, for example:

Experience has shown that it can be useful to combine pyramid sessions with a split interval session, e.g.

This further increases the toughness of each repetition but does act as a very useful gauge as to how close to their preferred time for a certain distance an athlete is, for example, by breaking down an 800m repetition into 2 x 400m, the combined time for both 400s can give an indication of what the athlete could hope to run 800m in.

In split interval sessions, running reps are performed in close proximity to one another often over the same distance (youĺll see in the example above a 1-minute rest between runs of the same distance is taken and then a 10-minute break before the next pair of same distances runs is completed with the same recoveries between and after runs. A very intense workout would include multiple pairs of runs; but it could be almost, if not more intense, with just a pair of reps performed at race pace.